Leadership is all over the world. There are good leaders the ones that like to help the people and make sure everything is safe and happy, but then theres also those leaders who dont care about the people they just care about their wealth and could care less about chaos.

According to an article written in 2008, "Some have argued that corruption is a symptom rather than the cause of Nigeria underdevelopment"(Olotu). This means that 0ur culture encourages or provides a fertile ground for corruption. Corruption is more likely in a society where people do not consider it immortal, when people have the attitude that everybody is doing it, and where people are less trusting of each other and the government. When citizens observe that law enforcement agencies and politicians seem to condone corruption either by ignoring or engaging in it themselves then the citizens are most likely to follow their example.
Acording to an article written in 2008, " People may be corrupt because it is the only way or easiest way to get what they want"(Olotu).  This means that anyone(leader) will take the easy way just to get what they want. Leading towards corrupt leadership.

Nosa Olotu is the Author of a magizine written in 2008 and she said " Corruption is essentially a product of greed and sellfishness. Coerrupt people selfishness blind them to the suffering that their behavior inflicts on others. The more wealth they amass the greedier they become"(Olotu). What she means by this is that people who have "power" are blinded by their wealth which then leads to being more greedier.

Stefanie Teggemann is the author of an article that she written  she said " Corruption also affects the way money is allocated within the state budget, diverting expenditures away from less lucrative sectors"(Teggemann).  What she means by this is that money is affected by the corruption within the state. The author also said "Good governance reduces poverty while improving inequality"(Teggemann). She is saying that good government reduces poverty and at the same time improves inequality.

The Council has played and aims to continue playing an advocacy role to do
the following:

“Power does not corrupt. Fear corrupts... perhaps the
fear of a loss of power.”
―    John Steinbeck 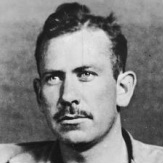